Biodiversity and Nature – The Other Side of Goa!

by admin
My Travel Catalogs

I have lost count of how many times I have visited Goa in my life. It was only in the recent times though, that I stumbled upon the Biodiversity rich part of this beautiful city!

When you think of Goa you inevitably think of the Sun, Sand and Surf. Long stretches of beaches, sprawling resorts, parties with unending wine lists and seafood are tag words for Goa. But beyond the ‘resort and shack’ life of this state lies a huge biodiversity-rich green patch.

The regular tourist to Goa may not know about the Bhagwan Mahavir Wildlife Sanctuary, the Bondla Wildlife Sanctuary, or the huge birding activity in the Zuari river backwaters. But to nature lovers, bird watchers and wildlife photographers, this part of Goa is what they would rather visit than the tourist spots.

The Wildlife Sanctuaries of Goa

Bhagwan Mahavir Wildlife Sanctuary (BMWLS) and the Bondla Wildlife Sanctuary (BLS) fall in the North East region of Goa, bordering the Karnataka state. Both the Sanctuaries have a huge amount of bird population, endemic as well as migratory. I have made multiple visits to these sanctuaries and on each of my trips I have listed 125 to 150 bird species sightings easily.

The Ruby-Throated Yellow Bulbul is the state bird of Goa. Most sought after birds here are Emerald Dove, Indian Pita, Fairy Bluebird, Sri Lanka Frogmouth, Indian Paradise Flycatcher and Malabar Trogon. Three species of Hornbills, namely Greater Indian Hornbill, Malabar Grey Hornbill and Malabar Pied Hornbill are seen too. In addition to birds, both these sanctuaries are home to the Malabar Giant Squirrel. The Tambdi Surla temple of Lord Mahadeva is also a major attraction of Bhagwan Mahavir Wildlife Sanctuary and has a lot of bird activity around it. 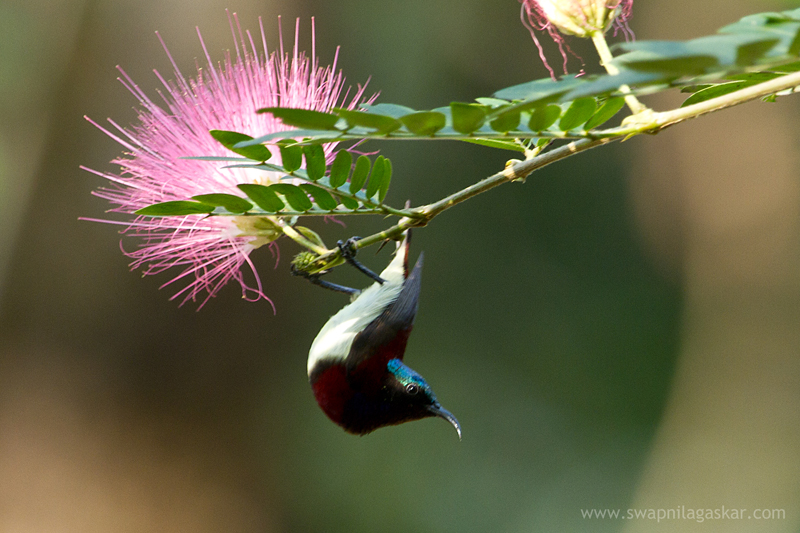 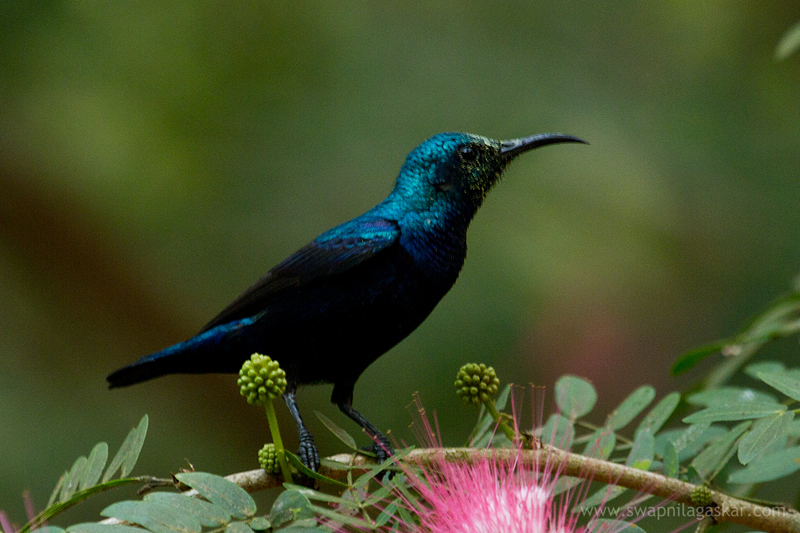 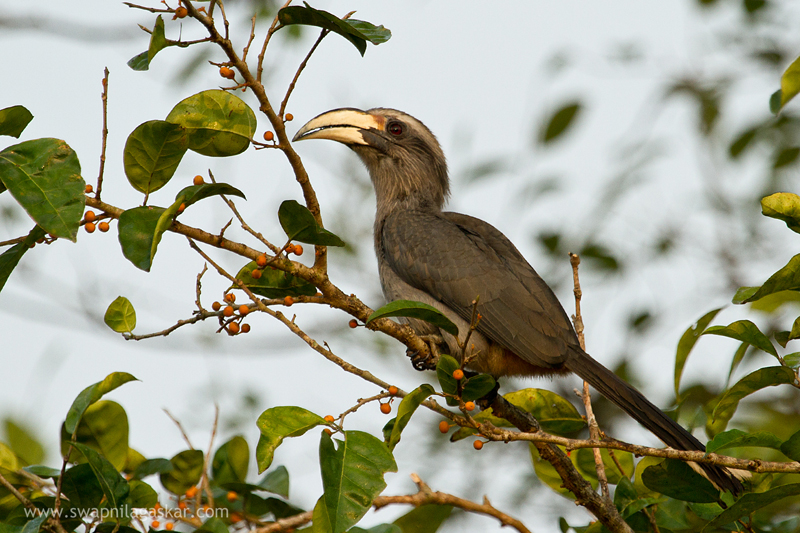 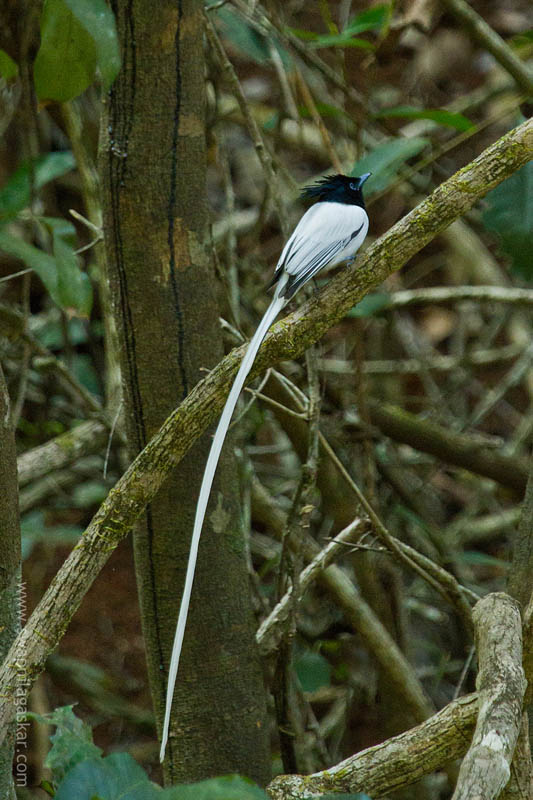 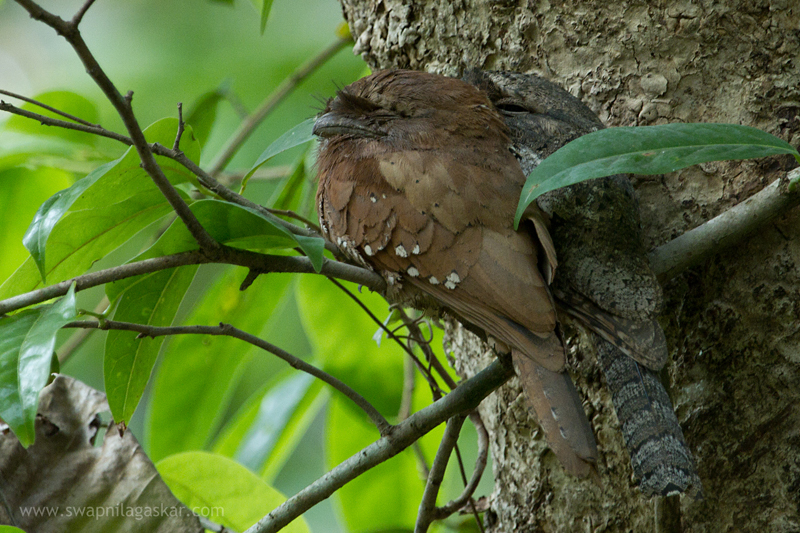 A pair of SriLanka Frog mouth spotted in BMWLS

The Lakes and the Ducks

Apart from these Wildlife Sanctuaries, more closer to the towns, are some lakes which host a lot of migratory water birds. The Carambolim Lake and the Karmali Lake are two such water bodies. Here you get to see a lot of duck species, like the Lesser Whistling Duck, Eurasian Coot, Northern Shoveler, Northern Pintail, Little Grebe, Garganey and Common Teal. Also seen in these lakes are the Common Moorhen and Bronze Winged Jacana.

The nearby paddy fields are host to Eurasian Openbill, Woolly-Necked Storks, Ibis, Spoonbill and Painted Stork. These areas are home to a lot of raptors like the Eurasian Marsh Harrier, Brahminy Kite and Spotted Eagle. 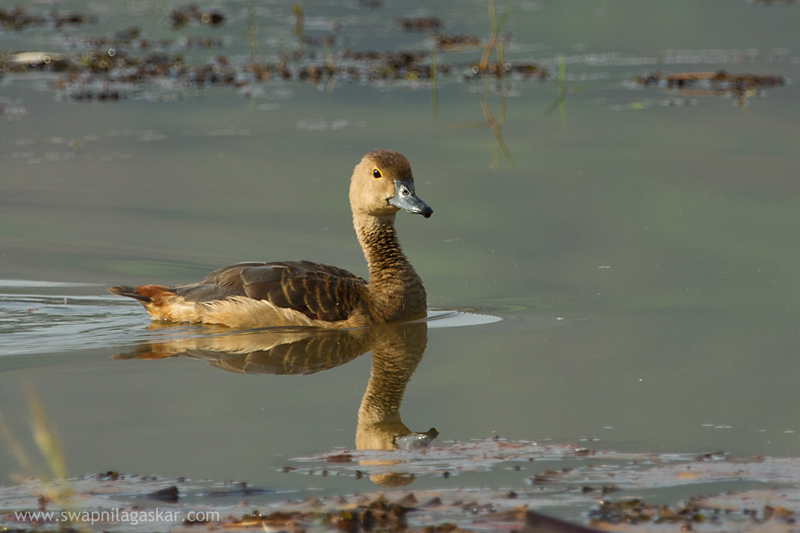 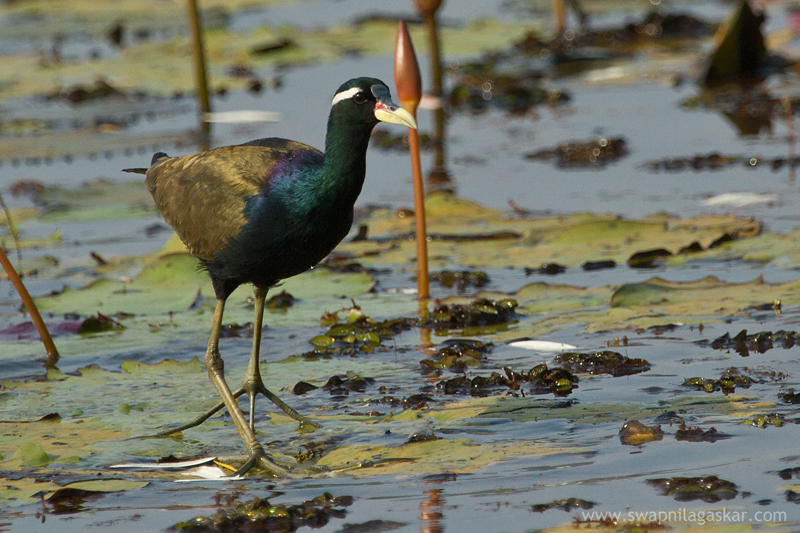 A boat trip down the Zuari river opens up a plethora of bird sightings. Because of the marshy terrain, the region is rich in biodiversity and hosts a huge number of waders, raptors and Kingfishers. While Brahminy Kites are abundant, you get to see Osprey and White Bellied Sea Eagle too. Large number of Sandpiper, Godwit, Egret and Plover are seen along the shores. Black Crowned Night Heron, Striated Heron and Western Reef Heron are quite a common sighting. On my last visit I was blessed with the sighting of a Slaty-Breasted rail. 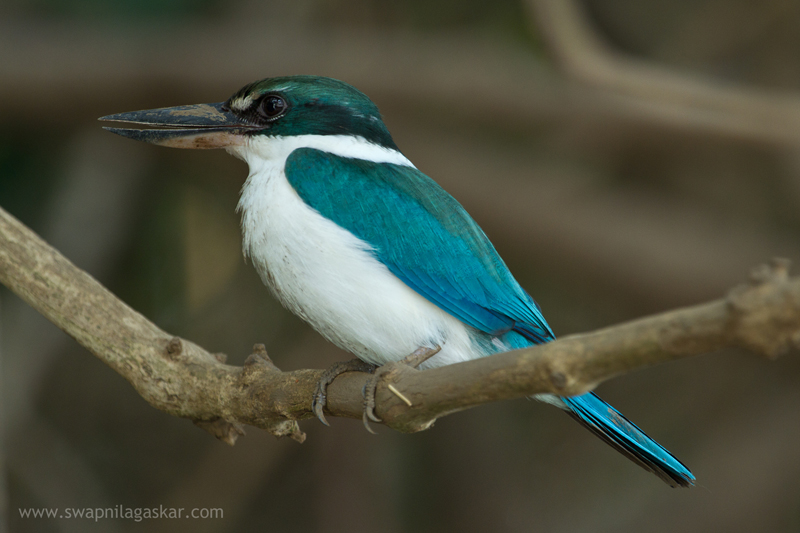 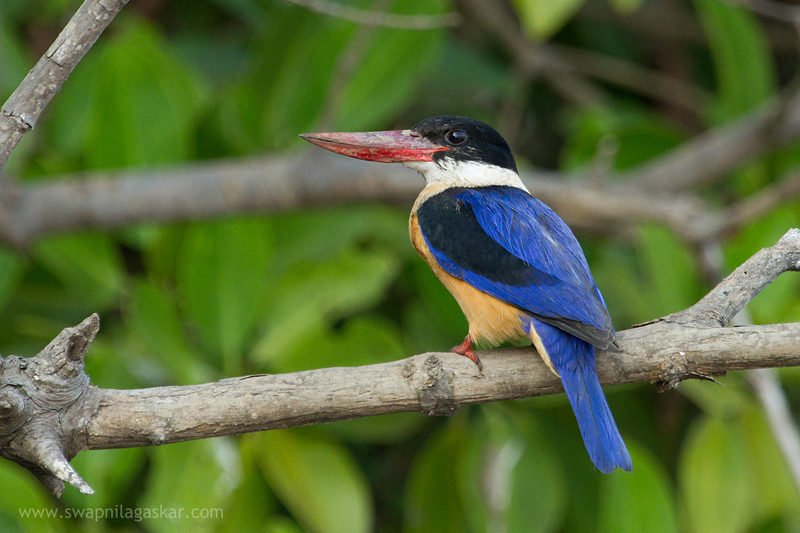 The King of the Zuari, Black capped Kingfisher

NOTE:
Access: By road both the Sanctuaries are about 30-40kms away from the Madgaon Railway Station or the Goa Airport. Its about a couple of hours drive and the roads are very good.
Rig: A Super Telephoto (400mm or above) is necessary. Apart from the Zuari river most of the terrain is with heavy canopy. A camera capable of higher ISO is highly recommended.
Additional Info:
Canopy Goa has a nature resort in the Tambdi Surla region called Nature’s Nest.
Back Woods Goa is another cosy resort which offers simple accommodation and traditional cuisine.
Crocodile Station (an outfit originally owned by the late Mr Kamath) runs a boat service in the Zuari river’s Cumbarjhua canal. The service starts from the Cortalim Ferry Wharf under the Zuari bridge.
All the outfits listed above are run by experienced birders.